Hi. Sorry it took me so long to say anything.

Right, so we've heard about those allegations against Ed Westwick sexually assaulting two women. And I believe the allegations. Also, I fucking hate his statement in regards to those assaults. It sounds like he's trying to make the woman out like liars, for one, and two, he misspelled a word in his statement he plastered on Twitter (and, I assume, Instagram, but I unfollowed him when I realized I still followed him there, so w/e).

I've deleted most of the mentions of Ed on my Tumblr. It's hard, because the Tumblr interface makes it hard to find anything you've tagged on your own journal, but it should be 98% Ed-free, minus posts that were formerly tagged with him in it, but don't actually have pictures or mentions of him in it. I've decided to do the same here (and at least one Ed comm) as well, even though I've mostly locked down my journal. That means I'm also deleting the Cookie W. Bass post. That post, and the gifs and memes from it, was great fun back in the day, but I refuse to glorify a real-life sexual abuser now.

Oh, and speaking of: I found this quote on the sexwick Tumblr blog where Ed claimed that playing Chuck taught him to respect women, or something. The quote was clipped off and probably altered because Ed fangirls back in the day. And now we, the public, know better. It would be like a sexual predator to actively seek out roles where he's a fucking creep (like Chuck Bass, or that dickhead he played in Wicked City--I guess that show getting canceled in a heartbeat on ABC was well deserved after all). And it would be like a sexual predator to lie about being a sexual predator. Just like Chuck Bass.

Photobucket is now charging $400 for off-site photo hosting. It's affecting some people on this site, but it's not affecting everyone. Yet. I advise anyone who has ever used Photobucket or gotten artwork via a Photobucket account to back up their art now, in case you get Photobucket's error message.

I've downloaded most of my art here, but if you've ever gotten artwork from me, please back it up now, as it may take me a while to reupload.

...as I wait for my OpenID here to start being validated on Dreamwidth, as a safeguard.

I'm not using my fanwork comm

marchosias_inc on LJ anymore. I'm moving it, and using it, on

Right, so I saw this post on the front page of LJ, about LJ moving its servers to Moscow. (And, just like LJ, not telling anyone about it.)

I've already deleted my old Dreamwidth account because I thought I wouldn't use it. But I backed up this journal again to Dreamwidth. To tell you the truth, the old username was a combination of my love of Goetia demons and some crazy nickname I gave a character I never used in anything created after Rachael Ray, of all people. This time, I went with the much simpler

marchocias. Since, you know, marchosias is taken, and isn't being used right now. If you want to see my personal posts there, OpenID's enabled for Dreamwidth.

Some people have gone to extremes and deleted posts off their personal LJs. I'm going to hesitate and not do that yet.

I'm keeping my account unless the few comms I use for purposes I can't fully reveal shutter and/or move off LJ. But if I do blog, it'll be on Dreamwidth, not here.

I think that's it. It's 1 AM on the East Coast. I can't think, and I'm listening to one of those repetitive Sonic Tap channels on DirecTV. Gotta get up for either football or football, whichever one I decide to settle on later in the afternoon. 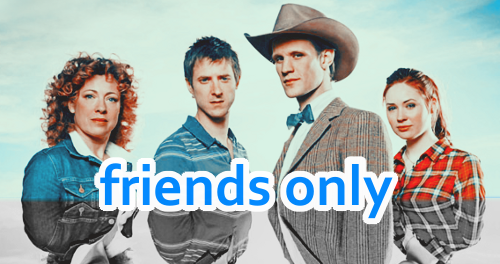 I'm going through a lifestyle change and I hate some of the things I've posted, so I'm friends-locking most of my entries here. I've also shut down my Dreamwidth journals.

Then again, I really don't seem like the type of person that would be on a wank report for...being a wanker.

I do reserve the right to delete this journal as needed to preserve whatever privacy I have.

No, I will not add new friends. No, you don't have to right to send me messages through PM, as I will ignore them and block you if your messages piss me off enough.

The reason why I haven't updated in so long is because I didn't feel like it.

I'll be here and there on some LJ sites doing things. I'm committed to

polybigbang art, so I'll do a piece or two for that. But other than that, I'll be on my Tumblr instead, staying far, far away from the lunatic fringes of fandom. And if I do start a more comprehensive blog that isn't me reblogging The Blacklist's Tumblr, I'll let you know. But I'm not starting one right now.

This entry has been moved to